Teen Screen Time: The Impact it Has on Their Mental Wellbeing

Home » Teen Screen Time: The Impact it Has on Their Mental Wellbeing 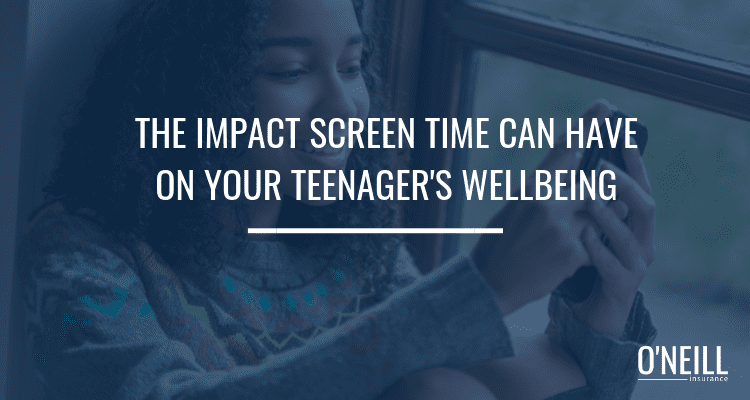 If you’re raising teens, you see first-hand the impact that screen time has on their overall wellbeing.

While you value the convenience a mobile phone offers your teen, you also have concern for their utilization of it.

When we were growing up, cell phones weren’t even heard of in our teenage years.

In fact, we were still turning the knobs on our television sets to move from one channel to the next.

The times have certainly changed, as research indicates that 95% of teens have access to a mobile phone and nearly 45% of teens report being online “almost constantly.”

With the sudden urge for teens to be connected nearly 24/7, we have to wonder what kind of impact it’s making on their mental and physical wellbeing.

According to a recent study published in the Journal of the American Medical Association (JAMA), the amount of time teens spend using electronics (e.g., scrolling on social media or watching TV) may be linked to higher rates of depression.

Over a six year period, the students completed surveys which revealed more information regarding how much time teens are spending on their phones or watching TV.

For example, to help determine the extent of their screen time, the survey asked students how much time per day they spent on social media or on the computer, watching TV or playing video games.

The survey also asked questions related to symptoms of depression.

To measure depression symptoms, the survey asked students to rate the extent to which they experienced known symptoms of depression – such as feelings of sadness or hopelessness – on a scale from zero (not at all) to four (very much).

Here’s what the study found.

The study’s researchers point out that, while this study gives valuable insight into the general effects of screen time on a teen’s mental health, further research is needed to see if specific social media apps or genres of television are more problematic than others.

Helping your children focus on their mental health is extremely important, especially during their teen years. However, banning screen time use altogether isn’t the answer.

For more information, talk to your teen’s doctor.

Components of this article were adapted from Zywave. This is not intended to be exhaustive nor should any discussion or opinions be construed as legal advice.